True Masonry came to Trinidad nearly 300 years after Christopher Columbus visited Trinidad in 1498. A lodge in St Lucia called 'Les Frères Unis', formed in 1787 with a charter from the Grand Orient of France, found themselves under considerable threat and pressure due to the Revolution in France - St Lucia being a French colony in those days.

The charter was brought to Trinidad in 1794, apparently in the nick of time as the temple in St Lucia was burned to the ground by a mob with the death of several of the brethren in that year. In Trinidad, the lodge met in a building located in ‘La Rue Trois Chandelles’, called so because of the three candles burning on the lodge gates on meeting nights (now Duncan St) in Port of Spain.

In 1798, ‘Les Frères Unis’ Lodge was granted a charter from the Grand Lodge of Pennsylvania. Fourteen years later, the war between Britain and America caused the lodge once again to reconsider its status, and they decided to apply to the Grand Lodge of Scotland for recognition, which was duly granted. Today known as Lodge United Brothers No 251 SC, the lodge is very strong and active, and proud of its chequered past.

In fact it is the second oldest lodge outside of Scotland under that country’s Masonic jurisdiction. 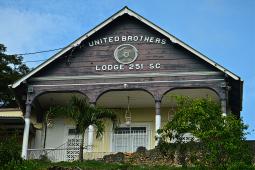 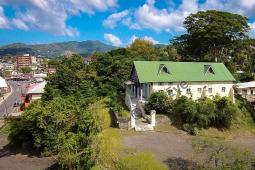 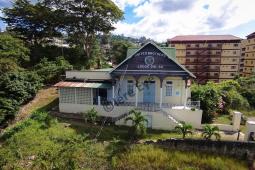